Convoke is a transformative solution for credit issuers who use third parties to collect consumer debt. Our platform is engineered to help banks grow recovery, reduce costs, improve compliance, and protect their brand.

Meet the people who stand behind Convoke. 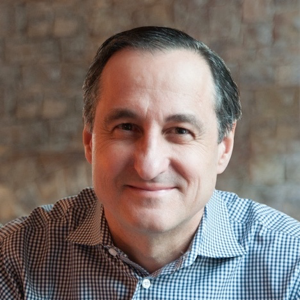 Named Chief Executive Officer in November 2010, Dave also serves as Chairman of the Board of Directors. He provides overall leadership for Convoke’s business, strategy, and growth, and has enjoyed a distinguished career building successful businesses in various industries spanning more than thirty years.

Dave began his career at Andersen, where he spent 12 years providing financial expertise in the technology, networking, manufacturing, and marketing sectors. He then served as Chief Accounting Officer for Snyder Communications, an international marketing and advertising firm. During his tenure, the company completed a successful IPO and listed on the New York Stock Exchange, growing in revenue to $1.2B before being sold to the French conglomerate Havas in 2000 for over $2 billion.

From 2008 to 2010, Dave was the President and CEO of Eka Systems, a leading supplier of wireless, smart grid networking solutions. Eka Systems grew to become an important contributor to smart grid implementation at utilities nationwide and was successfully sold to Cooper Industries (now Eaton) in 2010. 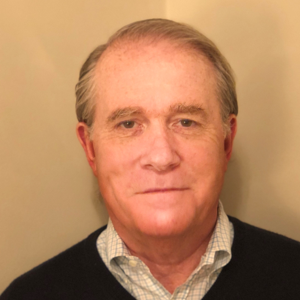 Appointed Chief Operating Officer in November 2010, Mike was subsequently named President in 2013. He also serves as a member of the Board of Directors, and is responsible for Convoke operations, including product vision, engineering oversight, customer service, and information technology. Mike brings more than 30 years of experience to the company.

Prior to joining Convoke, he was the Chief Operating Officer of Eka Systems, a global manufacturer and supplier of smart grid networking solutions. There, he was responsible for all operational aspects of the company, as well as its international development. From 1996 to 2008, Mike served as the Senior Vice President of the Washington Commanders, where he played an integral role in the complete restructuring of the business upon the change in ownership in 1999. His responsibilities included all stadium and team operations.

Previously, Mike was the Executive Vice President of Jack Kent Cooke Incorporated, the parent company of the Washington Commanders, as well as Cooke Properties and various other media, cable, sport, and entertainment entities. He also served as the Director of Finance at Ameritech Communications and as a Staff Auditor with Grant Thornton. 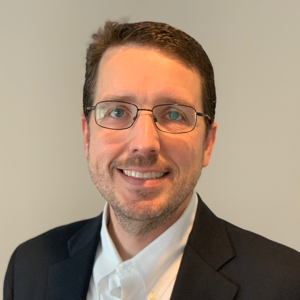 James taps more than 20 years of experience in information technology management, systems integration, and enterprise architecture for internal roles and consulting with private and government entities. Prior to joining Convoke, he served various roles, including six years as Vice President of Information Technology for the Washington Commanders. 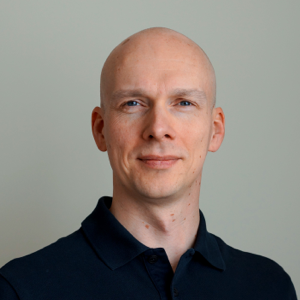 Heikki Korpisalo joined Convoke as the Vice President of Engineering in 2020. He leads the engineering and quality assurance teams to enhance and maintain Convoke’s suite of software applications for its customers. 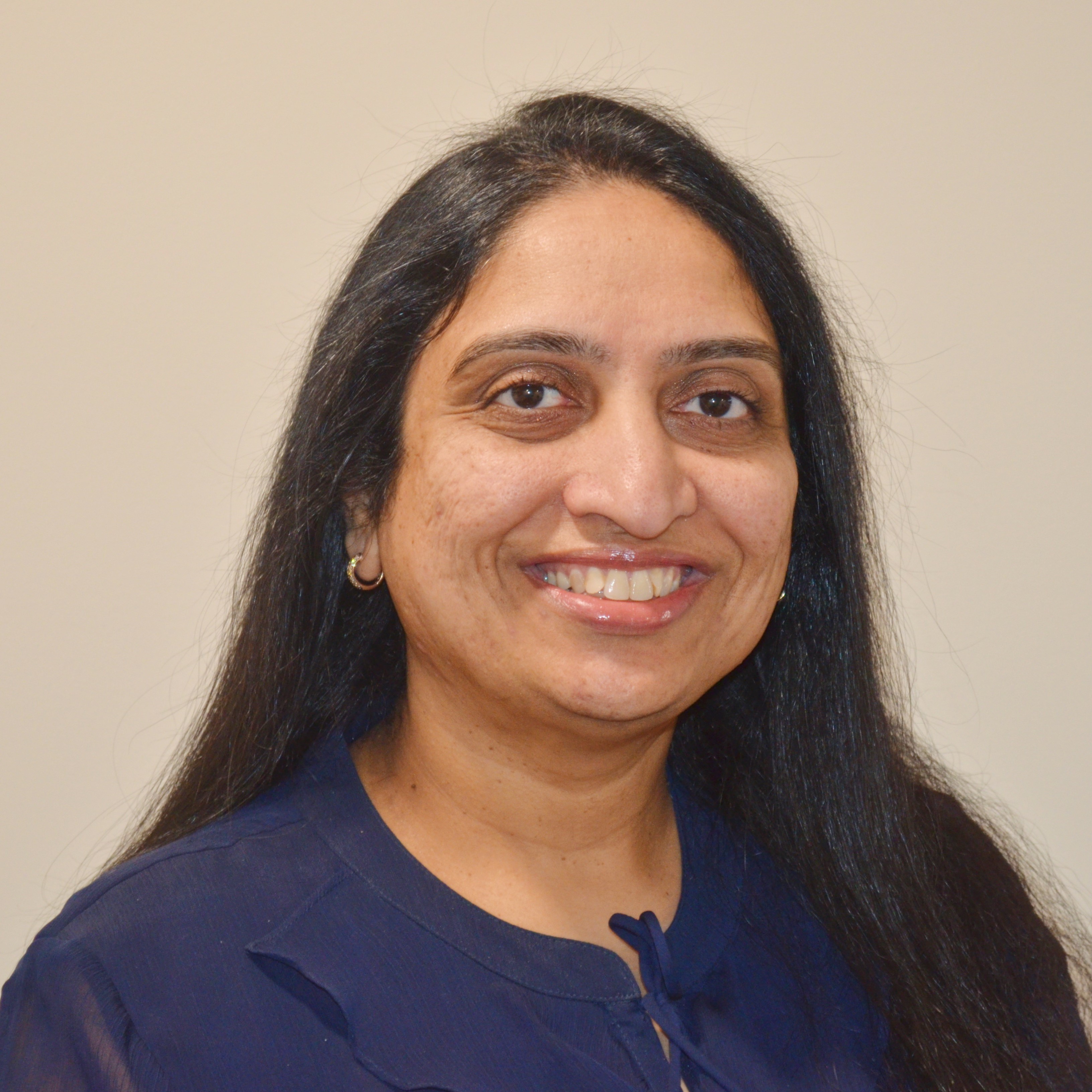 Sathya joined Convoke as the Director of Product Engineering in 2020. In this capacity, she spearheads all activities for the development, implementation, quality, release, and maintenance of software projects necessary for product development and sustenance.

Sathya Perumal has 15+ years of diverse background in product engineering, application development, and program management of complex enterprise projects in cutting edge technologies including modern cloud-based applications. As a strategic leader and a critical thinker, she has proven experience driving the strategy, architecture, process automation, and development of the business’s software solutions. 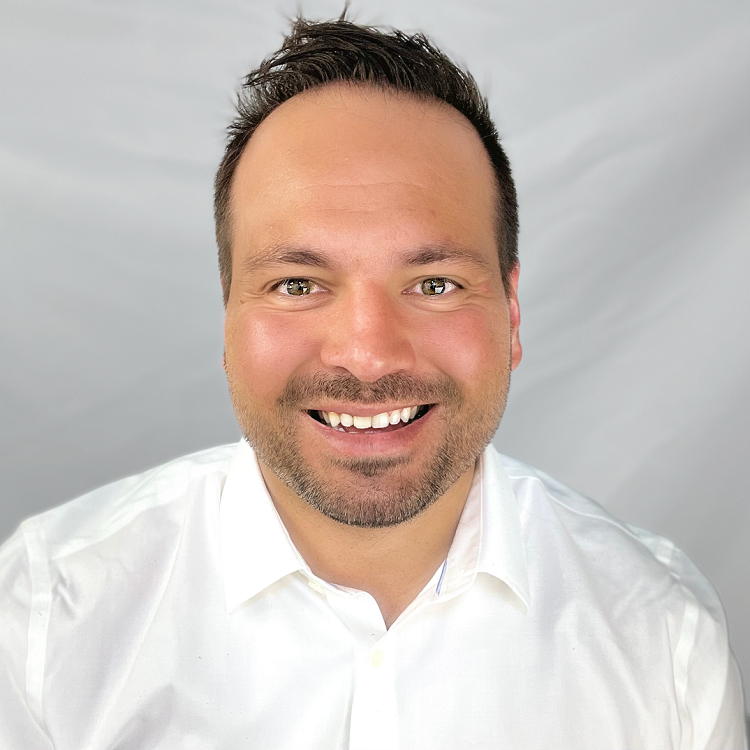 Anthony joined Convoke as Senior Director of Product in early 2022. He leads the product and UX design teams and is responsible for the design and rollout of Convoke’s suite of software products. 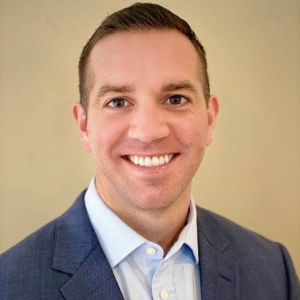 Brad earned his degree at James Madison University in 2012, and served in customer-focused roles with the Washington Commanders, the Philadelphia Eagles, and the Baltimore Orioles at Camden Yards prior to joining Convoke. 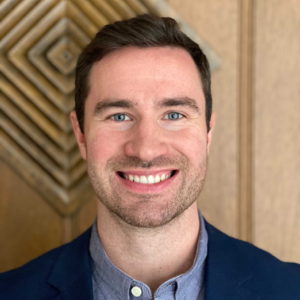 Ethan Dukes joined Convoke in 2019 and is the Director of Business Development. He is responsible for seeing that Convoke’s sales and marketing initiatives come to fruition and represents the company at key industry events.

Ethan played Division III college football at Hamilton College and held a variety of sales and business development positions with Spotluck, Octopus Interactive, TrackMaven, and Skyword prior to joining Convoke. 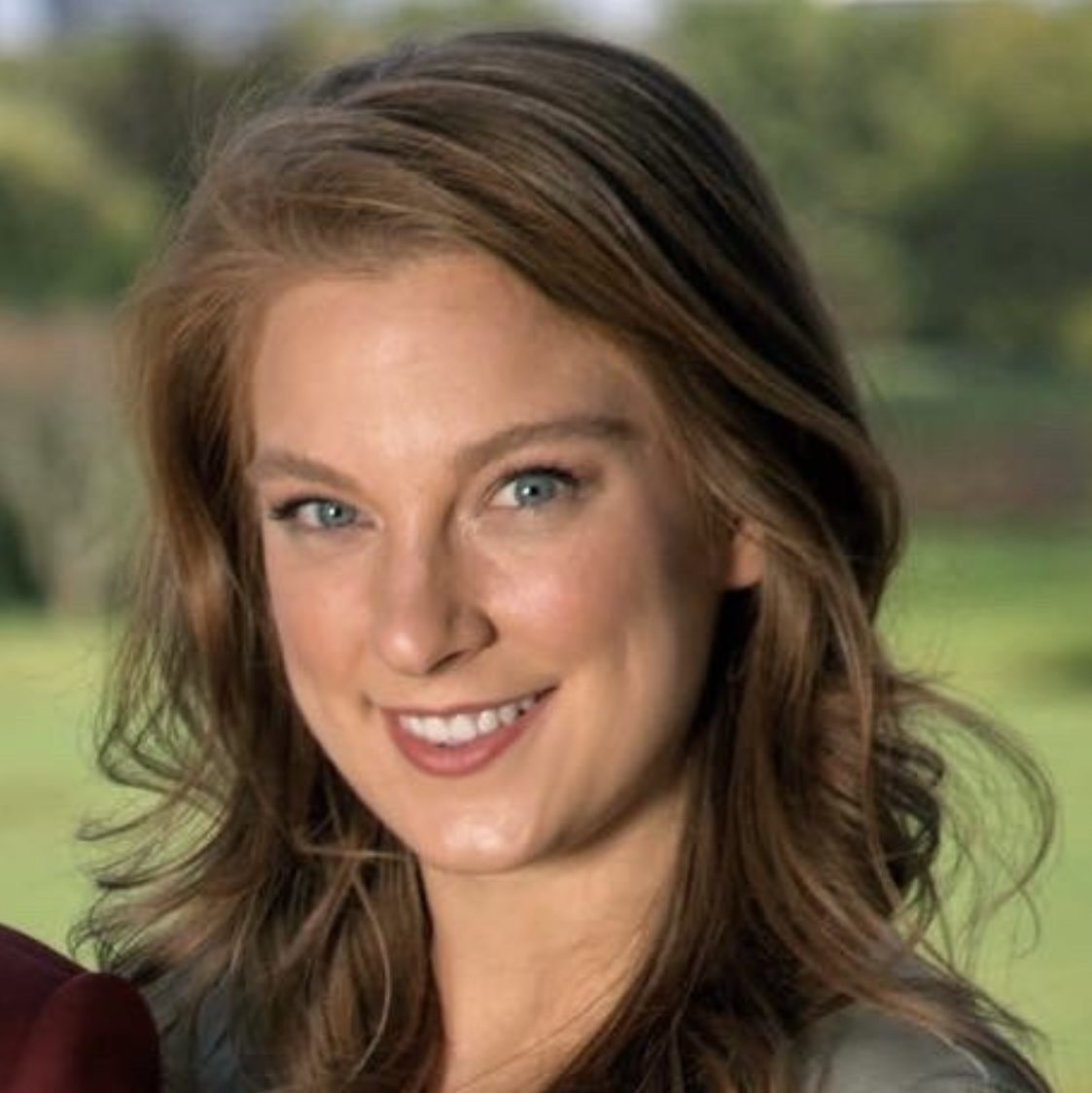 Heather Rozmus joined Convoke in 2022 as the Director of Strategic Projects. She is responsible for aiding the Business Development team in long-term, strategic projects and represents the company at industry events.

Heather earned her Bachelors/Masters degrees from West Virginia University in 2015, and joined Convoke’s parent company, Acadian Software, in 2018 serving in a variety of roles including Business Development Analyst and Chief of Staff. 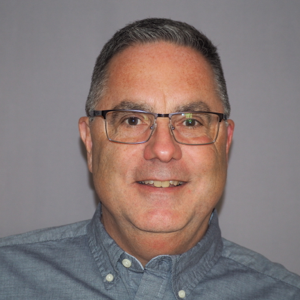 Jeff joined Convoke in November 2010, and is responsible for finance, human resources, and risk oversight at the company. He has more than three decades of experience in the accounting and finance discipline, serving both public organizations and private companies.

Before his time with Convoke, Jeff was the VP of Finance and Controller of Eka Systems, a high-tech company that developed and produced a Smart Grid AMI (advanced meter infrastructure) solution. He also served as CFO of Atlantic Realty Companies, a privately owned, full-service commercial real estate company with holdings throughout the Washington DC metropolitan region.

Jeff has also served as the Controller of Snyder Communications, Inc., a NYSE international marketing and advertising firm. There, he led the accounting and financial reporting functions as the company grew from $100M in revenue to more than $1.2B. Earlier, Jeff served as Chief Accounting Officer of NHP, Inc. and as Assistant Controller of US Airways, Inc. 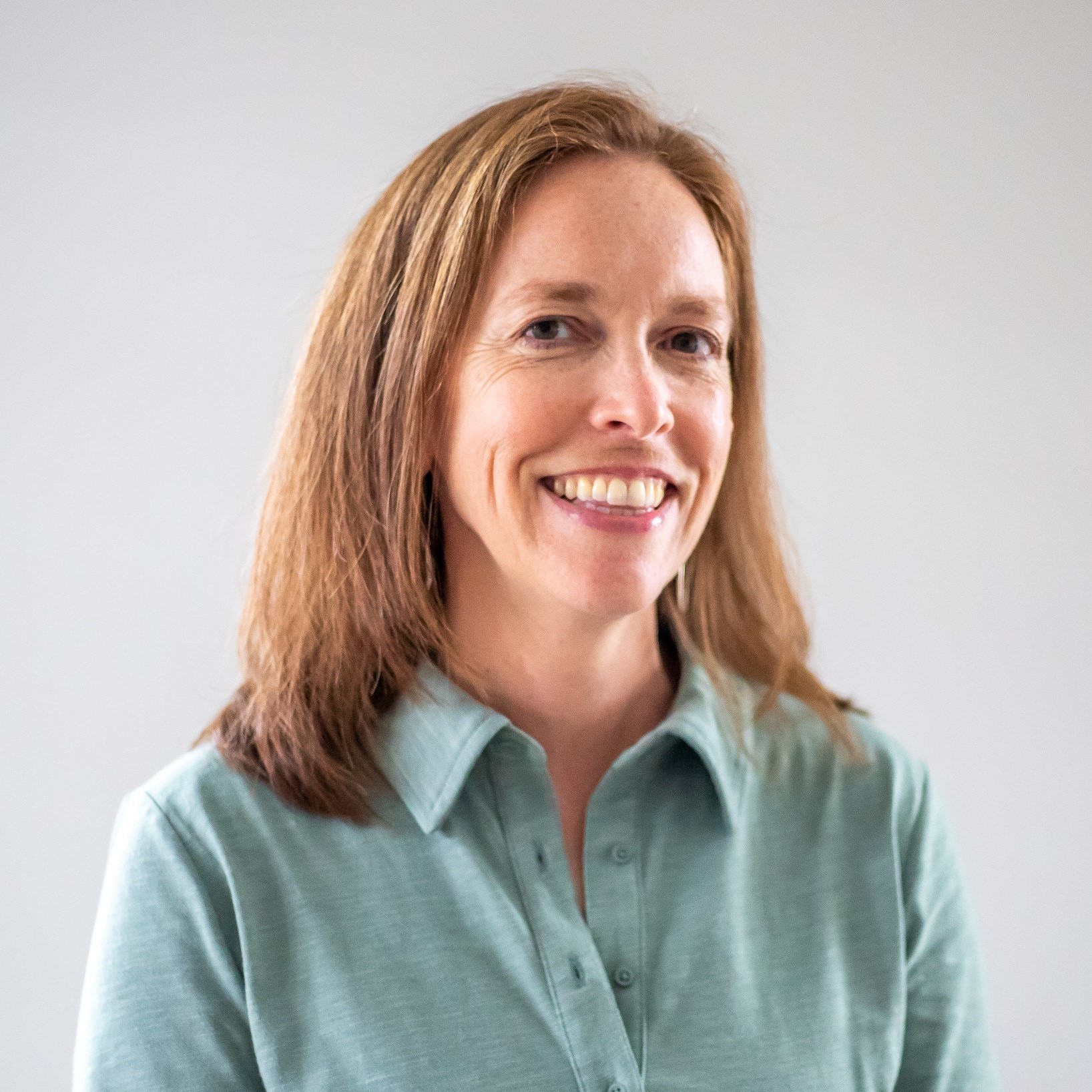 Jennifer joined Convoke in 2022 as Director of Finance. She is responsible for general financial oversight, as well as forecasting and budgeting for existing business and due diligence for new investments. Jennifer brings years of experience serving in both public and private companies in corporate financial and management consulting roles. Previously she served as Vice President, Finance for the Washington Commanders and Director, Financial Planning & Analysis at Snyder Communications. 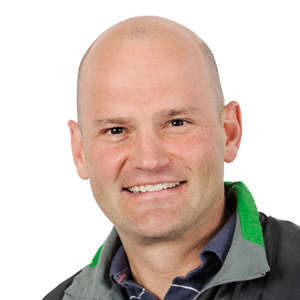 Jon is the Founder of Astral Capital, an investment firm focused on capital-efficient SaaS businesses. Prior to founding Astral in January 2016, Jon spent 10 years as an investor and General Partner with two venture capital firms, Accomplice and Flybridge. Jon’s current investments and Board seats include Roller, CaseGlide, and Open English.

Jon joined the Convoke Board as part of Astral’s investment in the company, which closed in December 2017. He previously worked with Dave Pauken, Mike Dillow, and Jeff Ochs at Eka Systems, where Jon was a Board member and investor.

As Convoke’s parent company, Acadian Software is a long term capital growth partner that invests in bold, proven SaaS businesses with strong fundamentals. Acadian partners with the software companies it serves for the long term, providing capital to a wide variety of companies at any stage in their growth.

Ready to work for a growing SaaS company creating an innovative Business-to-Business product? Send us your resume, and someone will be in touch with you soon.

Learn about the latest innovations and other news at Convoke.